The National Society Descendants of American Farmers is pleased to provide information on various farming and agriculture subjects to help briefly educate on the history of farming and its importance.  Below is a list of 'tid-bits' that we hope you find interesting.

Agriculture History in the United States?

The history of agriculture in the United States covers the period from the first English settlers to the present day. In Colonial America, agriculture was the primary livelihood for 90% of the population, and most towns were shipping points for the export of agricultural products. Most farms were geared toward subsistence production for family use. The rapid growth of population and the expansion of the frontier opened up large numbers of new farms, and clearing the land was a major preoccupation of farmers. After 1800, cotton became the chief crop in southern plantations, and the chief American export. In New England, subsistence agriculture gave way after 1810 to production to provide food supplies for the rapidly growing industrial towns and cities. Export crops, such as tobacco and cranberries, were introduced.After 1840, industrialization and urbanization opened up lucrative domestic markets. The number of farms grew from 1.4 million in 1850, to 4.0 million in 1880, and 6.4 million in 1910; then started to fall, dropping to 5.6 million in 1950 and 2.2 million in 2008.


What is the Grange? 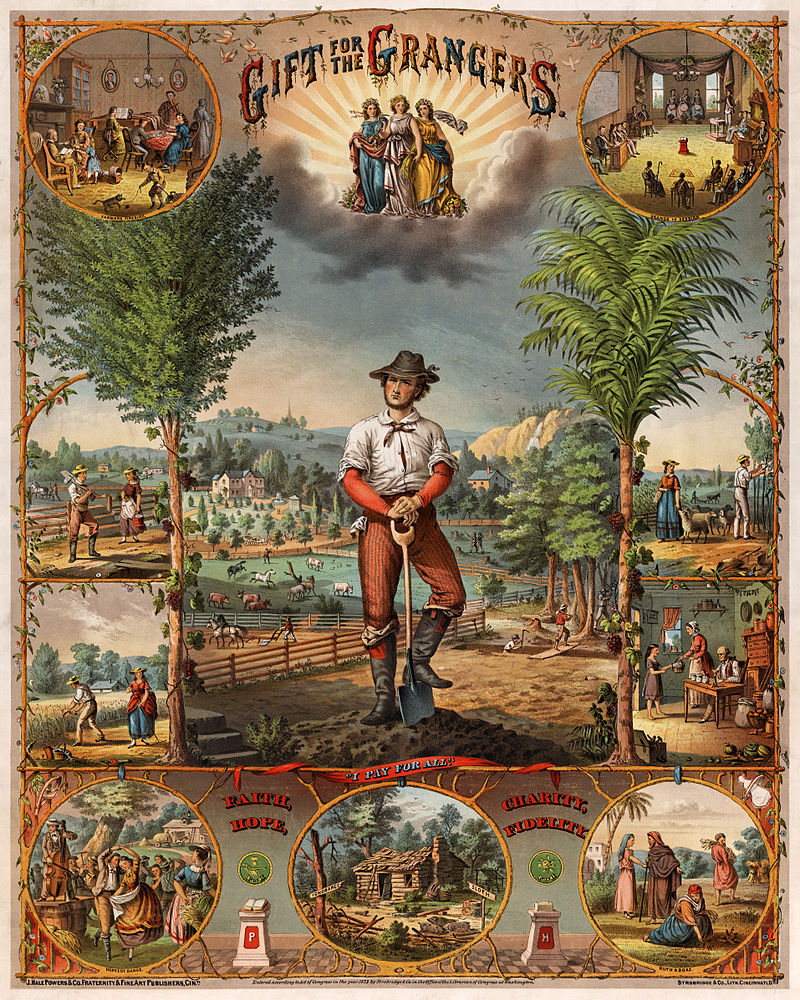 What was the Women's Land Army?

The Woman’s Land Army was created during World War I to recruit, train, and deploy non-farm women to work on farms. There were farmers wives and daughters already working on farms. Women working on a farm wasn’t a novelty to farm communities. But once the hired help who aided the farmer in the plowing, planting, and harvesting of crops was no longer available because the men had gone to war, the farmer and his family needed extra hands. Hence, the Woman’s Land Army grew out of a patriotic need, to not only feed America, but feed our military overseas and the Europeans suffering the devastation of war.

NSDOAF recognizes the women who left the comfort of their city life to learn the physical and mental skills needed to actually assist a farmer. These women made it possible for the farmer to prepare to plant a larger crop since he knew there would be enough help at harvest time.

To learn more about the Women's Land Army CLICK HERE


Is there a list or map of Farm and Agricultural Museums in the United States?

Yes, there is! The National Society Descendants of American Farmers has put together an interactive Google map that lists farm and agricultural museums across the United States. These museums are wonderful educational tools as they give vistors a first hand account of farming in various decads. Please visit our Farm Museums Page to view the map.

NSDOAF is committed to documenting the history and stories of our American farming ancestors. Be sure to visit our Farming History and Stories page to read about some of our members' farming ancestor stories, and experiences.